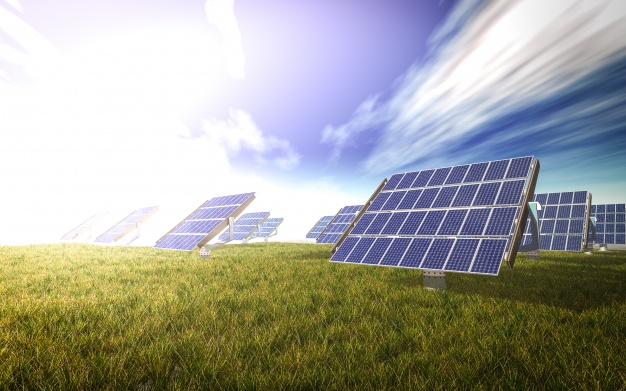 It is well known that renewable energy is a tendency nowadays. It is a promising and a very important technology not only to minimize electricity costs but also to reduce the negative effect on Ecology. Our global need for energy has been growing as time goes by and exceeding the limits of production capacity, therefore, to meet our future energy requirements efficiently, methods and plans for alternative energy sources must be implemented as well as energy security and reliability must be improved.

Today, an effective solution is to obtain energy through solar panels, a promising option that has become very popular in many countries.

What are solar panels?

Solar panels or also called as photovoltaics by the scientists, are devices that convert light into electricity. They absorb the sun’s rays and convert them into electricity or heat. They are called «solar» because the most powerful source of light available is the Sun and “panels” because they are actually a collection of solar cells, which can be used to generate electricity through photovoltaic effect.

There are two types of devices: the photovoltaic solar panel and the solar thermal, which allows you to heat water and can cut down heating bills. Most of them are made up using crystalline silicon solar cells. The structure is basically a collection of solar cells which are arranged in a grid-like pattern on the surface. They are small cells spread over a large area that can work together to provide enough power to be useful and to maximize what these panels can make they are usually used in a south-facing roof.

Using solar panels is a very practical way to produce electricity for many applications and the benefits that you can get from them are many, for example, cutting the electricity bills, you can get paid for the electricity you generate; you can also sell electricity back to the grid and they help in combating the harmful emissions of greenhouse gases and thus helps reduce global warming.

They vary in shapes and sizes as well as in prices. A well designed solar system will easily last for 25-30 years since the maintenance is little; you’ll just need to keep the panels relatively clean and with help of the guide that your installer gives you, pay attention to the maintenance checks that you should carry out from time to time to ensure everything is working properly.

As a renewable source of energy, this popular technology increases its pace of development, while reducing production costs and it may serve to sustain the lives of millions of underprivileged people in developing countries.

Even though China, the U.S., India and Japan are the leaders and continue to dominate the demand in terms of the solar industry, according to the Solar Power Europe, the number of countries installing 1 gigawatt or more annually is has been growing rapidly. Europe has built 8.6 GW of solar plants and the global growth will be achieved through the European countries such as Spain that has built more than 20 GW of solar power plants throughout all its territory.